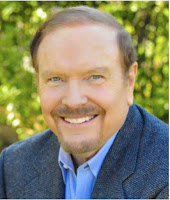 “Next to God’s Word, History is the richest foundation of wisdom and the surest guide.” – Historian Philip Schaff

America is facing potential catastrophes that are unfolding across the globe. With the prospect of impending conventional or nuclear war on several fronts, we would do well to heed the advice of America’s first president in his Farewell Address of 1796. President George Washington spoke of the dangers ahead for our country.

Washington identified three pillars of success in America’s relationships with foreign nations. First, he advocated that foreign influence in the United States be restricted because he understood European ideologies and the negative effect they could have on a Constitutional Republic. He recognized Europe as already being a post-Christian culture, the center of libertine and tyrannical ideologies. Millions of Americans had escaped European tyrants with their persecutions of the faithful and their rebellion against God and His Word. Colonists did not want to return to the tyranny of the evil myth of the “divine right of kings.” Washington urged that we live by “the eternal rules of order and right which Heaven itself has ordained.” He explained that “religion and morality are indispensable supports” for political prosperity and for private and public happiness.

Washington’s wise observations are in line with a biblical view of nations. According to Scripture, nations choose by their actions to receive God’s blessings or judgments. Nations rooted in Judeo-Christian faith must avoid at all costs being influenced, bribed or infiltrated by ungodly nations. Even King Solomon’s demise came through foreign influence.

Americans for generations have allowed foreign religions and philosophies to permeate and then dominate our nation and its institutions, ignoring the explicit teaching of Scripture. From the introduction of Unitarianism in Boston in 1785 to the spiritual invasion of Eastern mysticism in the 1960s we have allowed our once biblically-based nation to be compromised and diminished. English Historian E.R. Norman observes that “pluralism is a word society employs during the transition from one orthodoxy [religion, belief system] to another.” This has become a means through which Christians have been silenced in America. There are many lessons to be learned from cultures and nations outside of America but we must be careful to avoid the pitfalls of those modern American thinkers who teach what is essentially an adoration of cultures that are anti-American in sentiment and anti-biblical in practice. Washington and his contemporary statesmen would have considered our present course to be national suicide; and so it is.

TRADE WITH ALL, TREATIES WITH NONE

A second pillar of Washington’s advice concerned the subject of trade and treaties. He encouraged Americans to have strong commercial relations with nations, but limited (if any) political treaties with foreign powers. President Washington foresaw that in time our foreign friends might become our enemies and our enemies our friends. He understood the trap of alliances. In fact, during his presidency he was tested on this very point: After the war with England, America’s support of France was very strong, especially during the early stages of the ill-fated French Revolution (1789- 1792). Many Americans took to wearing the French colors on the pointed red caps of the revolution. By 1793, England, Spain, Holland, Italy and Prussia were at war with the Republic of France. There was great pressure on Washington to come to the French government’s aid. He adamantly refused and kept America neutral, even though the battle in his cabinet and Congress cost him his health. The wisdom of his stand was seen by all in 1794 when the “Reign of Terror” doomed over 40,000 French to beheading by the guillotine in Paris alone. Napoleon Bonaparte soon rose to absolute dictatorship and the consequence was twenty years of continuous warfare as nations fought to stop his drive for world domination. Millions died during those two decades. Because of Washington’s stand, the United States was greatly strengthened during the same period. Napoleon, in his need for capital to finance his European wars, virtually gave away the priceless land of the Mississippi basin. For just four cents per acre, the United States executed the Louisiana Purchase of 1803. England, still feeling the sting of defeat at the hands of the colonists, held off war with America until 1812. This gave our fledgling nation vital time in which to develop a national defense.

Washington’s third pillar for wise foreign affairs was the maintenance of a strong military defense. He taught “peace through strength” knowing that military weakness would tempt our enemies to attack. With this strong defense, Americans could determine when involvement in war would be necessary rather than be dragged into war by treaties. President George Washington left us with hope and encouragement: “No Country upon Earth ever had it more in its power to attain these blessings… Much to be regretted indeed would it be, were we to neglect the means and depart from the road which Providence has pointed us to, so plainly; I cannot believe it will ever come to pass. The Great Governor of the Universe has led us too long and too far…to forsake us in the midst of it…We may now and then, get bewildered; but I hope and trust that there is good sense and virtue enough left to recover the right path.”

The Institute embraces the providential view of history, which observes history as a purposeful saga under the direction of a loving Creator. This historical perspective has been the dominant view of Western Civilization from the time of Augustine in the 4th century A.D. to the present day.

The Institute embraces the providential view of history, which observes history as a purposeful saga under the direction of a loving Creator. This historical perspective has been the dominant view of Western Civilization from the time of Augustine in the 4th century A.D. to the present day. journal world history institute

Dr. Marshall Foster is the founder and president of the World History Institute. Compelling speaker and writer, Marshall Foster has kept the forefront of teaching God’s Providential, overcoming and victorious history for decades.
View all posts by Marshall Foster →
America: A Christian Nation from Birth
America is at a Crossroad