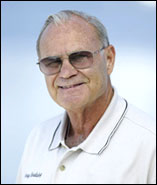 Jerry has been interested in the print media his entire life, going back to when he was sports editor of his high school and college newspapers. He published the Bell Ringer geopolitical Christian newsletter on behalf of his Southern California Constitution Education Committee from 1987 through 2000, while writing a quarterly column, “Standing in the Gap.”

Powerboat Magazine, the world’s leading performance-boating magazine, was published for thirty-seven years, after Jerry assisted his dad in starting the magazine in 1968. There he oversaw the staff as publisher and wrote a monthly column from 1991 to the summer of 2005, when it was sold. In 2006, Jerry turned to publishing Christian books after selling Nordskog Performance Products in 2004 and Powerboat Magazine in 2005. 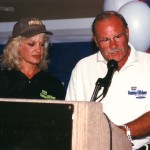 Upon graduation from college in 1958, Jerry served the family business (started in 1951 by his father and mother) in various capacities, including as vice president of Nordskog Industries, Nordskog Marine Center, and International Flight Service, and as president of Nordco Products, Nordskog Electric Vehicles, and Nordskog Performance Products. Currently, Jerry is also a Partner of Northwoods Estates of Branson, Missouri, and president of Sunshine Properties (California). 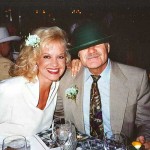 In 1996, Jerry was the organizer and promoter of the North American Championships Ventura Grand Prix Offshore Powerboat Festival, national boat races off Ventura Harbor, California.  He serves as a voting member of the International Motorsports Hall of Fame. 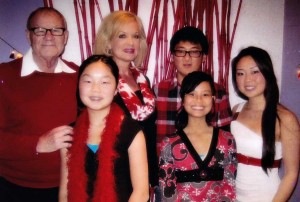 Very active in community affairs and Christian ministries, some of his roles included chairing and presiding over twenty-five National Day of Prayer Breakfasts in the San Fernando Valley and Ventura County and acting as chairman of the L.A. City Schools Bicentennial of the U.S. Constitution Committee, the Southern California Council of Pastors and Leaders, and the Ventura County Christian Leadership Council. Today Jerry is an elder of Trinity Home Church and serves on the Board of Directors of Coalition On Revival, the Mayflower Institute, the Advisory Board of the Pacific Justice Institute, the Board of Reference of the Friends of John Wesley and St. Patrick, the Christian Film & TV Commission, and several other Christian ministries. 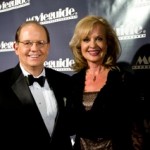 Gerald Christian and his wife, Gail Grace Nordskog, were honored at the Ventura Family Festival in 2004 to receive the “Family to Family Award.” The same year, Jerry was presented with the prestigious “When the Bell Tolls Award” at the annual Celebration of Justice banquet from the Pacific Justice Foundation. Gail has been an aerobics teacher, physical therapist assistant, has hosted her own TV show, “A Message for Women,” is a board member of an international adoption agency and Branch Director of the Ventura office of Family Connections Christian Adoptions agency, is co-host (along with Dr. Ted Baehr) of MovieGuide’s weekly TV show, hosts “Hearts of Purpose,” a television show encouraging Christians to seek God’s will for their lives and to live out their lives with action and a passion for God and others, and is a full-time homemaker. She and four adopted children from China (Hannah, Christy, Daniel, and Kiana) reside in Ventura, California, while two adult sons (Michael and Erik) and two adult daughters (Aubrie and Tarah) also live in Southern California, along with ten grandchildren (Adam, Alexandra, Andrew, Anthony, Brandon, Conner, Lua, Beija, Dylan, and Arielle).