By Don McAlvany on April 19, 2019 in McAlvany, Publisher’s Corner

Never in America’s 243-year history have we seen such an explosion of evil as we are seeing today. The socialists and communists have taken complete control of the Democrat Party. The mainline media and Internet have been taken over by the political left and globalists. The universities are now dominated by the political left, and the Deep State globalists (some of whom occupy powerful positions in the Trump Administration) are pushing the world toward war—as they threaten and agitate Russia and China with sanctions and more provocations.

How has all of this come about? It has actually been sixty years in the making as the political left gradually implemented its multi-decade strategy of taking over all of America’s major institutions: the educational system, the courts, the media, the entertainment industry, and one of the two major political parties. It has accomplished the debauching of the American culture. The 100-year (+) communist strategy (espoused by Lenin, Stalin, Saul Alinsky, and other strategists)—culminating in the placing of a communist in the White House in 2008—is now almost complete. If nothing changes, it will be a fait accompli by the end of 2020.

But this leftist/globalist strategy began much earlier than the 1960s. In 1776, the year of America’s independence, a movement for world government was launched by Adam Weishaupt in Bavaria, Germany. Its strategy was to establish and control central banks in all the major countries of Europe, and through those banks to ultimately control the economies, governments, and financial systems of those countries.

Then they would repeat that strategy in America and other countries around the world. They called themselves the Illuminati (the Illumined Ones)—who were illumined (enlightened) by Lucifer—Son of the Morning Star—who the Bible calls Satan (or the Devil). They attempted to gain a foothold in America via the 1st and 2nd Banks of the United States—which were terminated, but finally succeeded with the 1913 establishment of the Federal Reserve.

In 1875, General Albert Pike, head of the Illuminati in America and a former Confederate General in the US Civil War, wrote a blueprint for the eventual establishment of the Illuminati’s world government—which in our day is called the New World Order. It called for three major world wars—the first two beginning in Germany and rearranging the European chessboard (think WWI and II), and the third great war (now on the horizon) setting the stage for the Illuminati’s world government—like the Phoenix rising from the ashes.

What today is called the Deep State (which controls much of the US government and its intelligence agencies, the US media and Internet, and much of the foreign policy of the Trump Administration—and which is pushing the world to the brink of war at this time) is actually the Illuminati pushing for their world government. (Many of its leaders are Satanists.) This push for world government (which actually started as far back as the Tower of Babel in the book of Genesis) gave birth to the communist movement in Russia (in 1917) and the Nazi movement in Germany (in the 1930s)—both of which were backed and financed by powerful globalists in America.

In the 1960s, when the present leftist juggernaut now taking over America was just getting going, this writer (at age twenty-three, just out of college) had a very wise mentor—a Christian pastor—who explained that the communist movement—the movement for world government—was actually more of a spiritual battle than a political battle—(a battle between the God of the Bible and His followers and Satan and his followers) and must be fought and opposed on both fronts.

Remember, that the modern-day communist strategist Saul Alinsky (personal mentor of Barack Obama and Hillary Clinton) dedicated his book, Rules for Radicals to Lucifer (Satan). One of the notable aspects of the modern-day communist/leftist/globalist movement is its hatred for and opposition to the God of the Bible, Christianity, every principle advocated in Bible, and toward Bible-believing Christians. This is being orchestrated by dark forces behind (indeed, energizing) the communists and globalists.

The whole gay/lesbian/transgender movement, along with virtually every aspect of the present cultural collapse of America—including the growing “hate crime” laws, regulations, and restrictions directed against Christians—is a product of the communist/globalist movement in America and the Satanic dynamic which energizes it.

Anti-Christian persecution (which we are now seeing escalate sharply in Muslim countries, in India and Nepal, and in Communist China) is now about to erupt in America, the UK, Europe, Canada, Australia, and many parts of the world. Many Christians and non-Christians alike have a hard time believing it, but there is an evil, Satanic dynamic behind (orchestrating) the present leftist/communist push to take over America and push the world toward that third great war and ultimately toward a one world government/dictatorship.

It was virtually impossible for Hillary Clinton to lose an election in 2016 in which the Democrats stole at least five million votes—but she did—in this writer’s opinion because the God of the Bible answered the prayers of millions of Christians in America and around the world, and intervened to stop that great evil. In the 2020 election, the Democrats will steal or fabricate 5-10 million votes (including the voting of millions of illegals), and regardless of which of the communist idiots is nominated, will win and take over the entire US government—unless the God of the Bible again intervenes—as He did in 2016. Will He? That’s a good question.

Obviously, Americans who love our country, and the principles and freedoms that once made us the greatest nation in history should fight back against this rising evil with every practical/political means at our disposal. But, in this writer’s opinion, we are involved in an epic battle of good versus evil, of God versus Satan—a giant spiritual battle. And without the Lord’s intervention, we are very likely to lose.

We need millions of Christians—yes, angry Christians—on their knees praying that (as in 2016) the Lord will intervene and stop the rising evil in America. They need to be praying for Trump that he will make wise decisions and not be influenced by the Deep State people all around him, and that he will be protected from impeachment or assassination. (The Deep State [or Illuminati] killed Abraham Lincoln, John F. Kennedy and almost killed Ronald Reagan.)

They need to be praying that the evil now engulfing America will be exposed and crushed and that a new great awakening will erupt in America in the next 19 months. This battle between good and evil now erupting in America will not just be won on the political level, but also (and maybe primarily) on the spiritual level.

In the Old Testament book of 2 Chronicles, the Israeli southern kingdom of Judah was under attack from a vastly superior army of Cushites. Asa, king of Judah was a godly man who prayed that the God of the Bible would intervene on behalf of His people. Chapter 14:11-12 says: “Lord there is no one like you to help the powerless against the mighty. Help us O Lord our God, for we rely on you, and in your Name we have come against this vast army. O Lord, you are our God; do not let man prevail against you. (Then) the Lord struck down the Cushites before Asa and Judah. The Cushites fled.” There are dozens of such examples throughout the Bible. Luke 1:37 says: “For with God, nothing is impossible.”

This writer fears, that without the God of the Bible’s intervention in the great spiritual and political battle engulfing America today, that the communists may take over the American government in the 2020 elections and that our freedom will plunge. Will millions of Americans start praying against this evil as Asa did? We shall see. Think about it!

And that is the bottom line!

This essay is an excerpt from the original edition of the McAlvany Intelligence Advisor, circular newsletter dated April 2019. 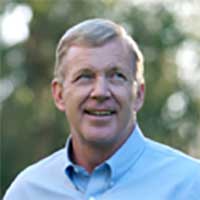 Don McAlvany is the editor of the McAlvany Intelligence Advisor, a monthly geopolitical / financial intelligence newsletter analyzing global economic, social, political, and monetary developments and their effect on our country, free enterprise system, families, and personal finances for today and the future of America.

Mr. McAlvany has been a featured speaker at Christian, political, monetary and investment conferences in Western Europe, Africa, Australia, the Middle East, Hong Kong, and Singapore, as well as all over the North American continent and Latin America.
View all posts by Don McAlvany →
Shocking Update on the Green New Deal!
The Gold Standard

3 Responses to What is Behind the Explosion of Great Evil in our Day?