The White Knight the Lost Kingdom and the Sea Princess

Prince Lael must prove his strength and loyalty when challenged by an insidious enemy. The tragic loss of loved ones will only fortify his resolve to fight for the freedom of the lost kingdom. Clara and Ian, two kids from Minnesota, will join the adventure to free a captive Sea Princess, battle evil, and overcome lurking temptations. They will meet the legendary White Knight and along the way gain wisdom, love, and friendships.

A Word from the Publisher

The typical contemporary view of Christianity significantly diminishes the exciting adventure the Scriptures themselves describe our relationship and walk with God in Christ to be. Nordskog Publishing exists to express the unique but Biblically-sound, expansive view of what it means to be a Christian.

Most Nordskog books attempt to accomplish this purpose through non-fiction treatments of particular topics. But among our fiction, we published a wonderful little child’s illustrated story With My Rifle by My Side, by Kimberly Simac. We have also published several unique novels. Now, with The White Knight, the Lost Kingdom, and the Sea Princess, we offer one of the most unique and compelling stories we have ever seen. We saw something very special in the White Knight from our first introduction to author Judy Carlson. One day our office received a call from a Norwegian woman in the Ozarks. She said she was writing a novel that she felt would be of interest to a Norwegian publisher. My wife and I have a love for that area and especially Branson where we own property. We set up what turned out to be a wonderful luncheon meeting in Christian County, Missouri, with author Judy Carlson, her husband Tim, and their eldest son Kristian. We decided to pursue this adventurous project.

Mrs. Carlson is herself a compelling personage, full of Christ, life, and purpose. She is a great fan of George MacDonald, J. R. R. Tolkien, and C. S. Lewis, which shows in this book. Yet her work also bears the character of Sir Walter Scott’s Christian romanticism, with its idealized and optimistic sense of God’s providence through the often-wretched story of man in history. It will not be hard to see their inspiration in Mrs. Carlson, even though her approach to storytelling is singularly her own. Her imagination is obvious. Her ability to give life to Biblical history and truth in her fictional characters rivals the best. Our manuscript and theology editor Ron Kirk says he has never seen anyone better able to portray with more pointed accuracy Biblical morality, heroism, and nobility in an engaging story without being preachy. Her style is full of childlike charm, but her story is never childish. She speaks as a wise mother but never nags. Mrs. Carlson forthrightly treats life-and-death battles against the demonic power of sin but without violating the innocence of youth.

A word about romance. Romance in its historic literary sense might be termed unrealistic expectations. The humanistic romances of Byron, Shelly, and Keats are typical. Their impossible dreams of frustrated, disappointing pessimism leave us empty. Rather, the Christian heritage of romance represented by MacDonald, Dickens, and Scott glorify honor, character, courage, true love, and hope in the face of personal failings in difficult circumstances. Similarly, the classic fairy tales in the Christian tradition dealt with sin and its destruction, but in a manner that a child’s mind’s eye can handle. The fairy tales ordinarily exalt good, and good usually triumphs. All this and more is the romance of White Knight.

Mrs. Carlson tells a grand story. White Knight’s familiarity is comforting. Yet its special treatment is compelling. In contrast and in opposition to the typical high-action of contemporary fantasy as we see in the movies, White Knight takes a somewhat old-fashioned, leisurely approach. The engagement and joy comes through the plot as every good story does, but even more through its imagery and through the all-too-human internal struggles it treats. The outcome is glorious.

We believe The White Knight, the Lost Kingdom, and the Sea Princess is a fresh yet enduring classic. We invite your response by sending us a letter letting us know how much you enjoyed this Nordskog story.

WHAT READERS ARE SAYING

What is the key to fantasy?  How can we be led out of ourselves and the here-and-now environment we inhabit into a mystical world where anything is possible?

If anyone in our generation has that key, it is Judy Carlson.  In her masterpiece, The White Knight, the Lost Kingdom, and the Sea Princess, she opens a hidden door and takes us into a realm so wonderful, so dramatic, so populated by unbelievable creatures that we both lose ourselves in wonder and find out who we really are.

Two children inadvertently fall into another world.  In that strange world of mythical creatures and incredible beauty and hideous evil, they find themselves caught up in a struggle to the death between good and wicked power.  The combatants are a mix of ethereal, other-worldly creatures and ordinary, unprepossessing personages.   The stakes at risk in this war of subtle intrigue, deception, frightful missions, and violence are vast and the consequences of failure too awful to conceive.  For the good to win, painful sacrifices must be made and mind-baffling decisions rightly made.

This story is one of great suspense.  You will be stunned by some of the revelations.  Who knows whether the forces of honor will win?  You won’t know until the end, and you may find the conclusion completely different from what you expected.

Through the book, the human children who are not natives to this fantasy realm grow and develop.  If you read this phenomenal book, you will grow and develop also . . . regardless of the outcome of the conflict.

It is not outside the mark to say that Judy Carlson’s grasp of the elusive key to fantasy is as firm in every way as that of J. R. R. Tolkien, C. S. Lewis, or George MacDonald.  You must not postpone immersing yourself in this contemporary interpretation of the eternal struggle between light and darkness.  As soon as you can, read The White Knight, the Lost Kingdom, and the Sea Princess

Judy Carlson has created a mythical fantasy world that showcases a palpable, heart-wrenching battle of good and evil. A vigilant hero, a mysterious mermaid, and the Ancient One who powerfully delivers justice make The White Knight, the Lost Kingdom, and the Sea Princess a must read for those with an imaginative soul.

Julie Carobini, Winner of an ACFW award for editing; Author of six novels, including Mocha Sunrise


The author’s easy-flowing prose pushes us gently along through a magical world that unexpectedly prompts real heart-searching as the reader increasingly realizes how strikingly the fairy tale mirrors an authentic supernatural world.

In most fairy tales, the magical is expected and becomes ho-hum. However, this tale mirrors Biblical truth and drives us to look at the supernatural in a fresh way! It lifted my spirits and increased my faith, especially at a time of living in precarious circumstances. I trust this book will get a good reception, as I believe the message is important for all. 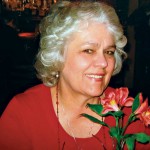 Judy Nelson Carlson grew up in St. Paul, Minnesota, and thus began her love affair with winter and a strong attachment to her Scandinavian roots. She received her B.A. in English from Trinity International University. Judy and her husband, Tim, have six children and twenty-two grandchildren and they reside with their daughter Liz in the Missouri Ozarks.

Having a lifetime passion for literature and writing, at age nine she wrote her first myth. Mrs. Carlson’s particular love for the works of C. S. Lewis and George MacDonald have permeated this novel with their characteristic sense of wonder and longing. Her greatest desire is for all to know “Who goes up to heaven and comes down? Tell me, what is His name and His Son’s name, if you know,” (Aryel, The White Knight).