Was Islam responsible for Columbus seeking a sea route to India & China?

“There are but 155 years left at which time…the world will come to an end,” wrote Christopher Columbus in his book Libro de Las Profecias, composed in 1502 between his 3rd and 4th voyages.”

“The sign which convinces me that our Lord is hastening the end of the world is the preaching of the Gospel recently in so many lands.”

Though his predictions were off, Columbus’ writings revealed his motivation for setting sail on his first voyage AUGUST 3, 1492, with the Nina, Pinta and the Santa Maria.

He sought to find a sea route to India and China as the Islamic Ottoman Turks had closed off the land routes 40 years earlier.

With a cavalry of 80,000, Moors wielding curved scimitar swords, “went through all places like a desolating storm.”

The Mozarabic Chronicle, 754 AD, recorded that thousands of churches were burned and: “God alone knows the number of the slain.”

They looted old St. Peter’s basilica and desecrated the grave of St. Peter.

Invaders then trashed the remains of St. Paul, which were in the historic church, San Paolo fuori le Mura (St Paul’s outside the Walls.)

As a result of this invasion, Pope Leo IV began building a massive wall to protect the Vatican from Muslims raiders.

A miracle saved Rome at the Battle of Ostia in 849 AD, memorialized in a famous fresco by the painter Raphael.

Muslim Saracen pirates set sail from Sardina with a fleet to invade Rome.

Pope Leo rallied the cities of Amalfi, Gaeta and Naples to send ships to block the mouth of the Tiber River near Ostia.

Muslims fiercely attacked and were winning when suddenly a violent storm arose, dividing the Christians fleet from the Muslim attackers. Christian ships made it back to port, but Muslim ship were decimated by the storm, and afterwards easily captured.

The Cardinals of the Holy Roman Church Biographical Dictionary (1998, Salvador Miranda) described the Battle of Ostia:

“Danger from the Saracens was always imminent….

“In 849 the Pope appealed to the maritime cities of Naples, Amalfi and Gaeta and asked them to join their fleets in a league not only in defense of Rome, but of their own trade affected by the raids of the Arab pirates….

“Command was given to Cesare, son of the duke of Naples, who arranged for the fleets to meet at the entrance of the port of Ostia. Pope Leo IV imparted a solemn blessing….

“The Christian fleet was victorious helped by a terrible and sudden storm that destroyed much of the Saracen fleet, of which many of the crews were taken prisoners.

“Pope Leo IV communicated to the emperor that this was necessary to raise a new wall in Rome to protect…the Vatican…completely enclosing the neighborhood…Fortification was also extended to…all the areas affected by the Saracen raids.”

Muslims continued to raid. When Pope, John VIII (872-882) failed in rallying a defense, he was forced to pay an annual extortion tribute payment of 25,000 mancusi of silver.

Muslims plundered the coasts of Italy, and in 883 AD, they destroyed the renowned monastery of Monte Cassino, dragging its abbot, St. Bercharius, to the altar where they killed him.

They destroyed the abbey of San Vincezo in 884, and the abbeys of Farfa and Subiaco in 890 AD.

Pope John X rallied Byzantines, Lombards, Gaeta, Capua, Salerno, Beneventum, and others Italian states and personally led the troops into the field to stop the Muslims at the Battle of Garigliano River in 916 AD.

In 1054, the Great Schism split the Byzantine Eastern Orthodox Church from the Roman Catholic Church, weakening resistance to Islamic advances.

Beginning in 1045, Christianized Vikings, called Normans, sailed into the Mediterranean.

Norman Richard I of Capua took control of Calabria in the “toe of Italy,” and pushed back Muslims raiders.

In 1061, Normans Robert and Roger Guiscard recaptured Sicily from the Muslim Saracens.

In 1066, the same year that William the Norman conquered Britain, Muslims massacred every one of the 5,000 Jews in Granada, Spain.

In 1189, Muslims raided Lisbon, Portugal, and enslaved 3,000 women and children.

The Catholic Orders of Montjoie, and Calatrava, were organized to ransom back Christian slaves.

It took over 700 years to drive Muslims out of Spain in what was called the “Reconquista” or re-conquest.

In 1085, the Kingdom of Castile freed Toledo from Muslim control.

The Spanish knight Rodrigo Diaz, known as ” El Cid,” drove Muslims out of Valencia in 1094. (Charlton Heston starred in the movie, El Cid, in 1961).

In 1119, the Kingdom of Aragon fought and freed the city of Zaragoza from Muslim control.

“After Your Highnesses had made an end to the war with the Moors who ruled in Europe, and had concluded the war in the very great City of Granada, where in the present year, on the 2nd day of the month of January, I saw the Royal Standards of Your Highnesses placed by force of arms on the towers of the Alhambra (which is the citadel of the said city),

“And I saw the Moorish King come forth to the gates of the city and kiss the Royal Hands of Your Highnesses.”

This gave rise to Columbus and other European explorers searching for a sea route.

“And soon after in that same month, through information I had given to your Highnesses concerning the lands of India, and of a Prince who is called Gran Can (Khan), which is to say in our vernacular ‘King of Kings,’ how many times he and his predecessors had sent to Rome to seek doctors in our Holy Faith to instruct him therein, and that never had the Holy Father provided them, and thus so many people were lost through lapsing into idolatries and receiving doctrines of perdition;

“And Your Highnesses, as Catholic Christians and Princes devoted to the Holy Christian Faith and the propagators thereof, and enemies of the sect of Mahomet and of all idolatries and heresies…resolved to send me, Christopher Columbus, to the said regions of India, to see the said princes and peoples and lands and the dispositions of them and of all, and the manner in which may be undertaken their conversion to our Holy Faith.”

Columbus concluded his address to the King and Queen of Spain:

“And ordained that I should not go by land (the usual way) to the Orient, but by the route of the Occident, by which no one to this day knows for sure that anyone has gone.”

Present-day individuals critical of Columbus for discovering the New World should instead blame the Islamic State, for it was only after Muslim Turks cut off the land routes to India and China that Columbus sought a sea route.

Columbus stated in his Libro de Las Profecias, written between his third and fourth voyages:

“I spent seven years in your royal Court arguing the case with so many persons of such authority and learned in all the arts, and in the end, they concluded that all was idle nonsense…yet the outcome will be the fulfillment of what our Redeemer Jesus Christ said…that…all that was written by him and by the prophets to be fulfilled.”

“The Holy Scriptures testify…that this world will come to an end….St. Augustine says that the end of this world will occur in the seventh millennium following the Creation….

“I have already said that for the execution of the enterprise of the Indies, neither reason, nor mathematics, nor world maps were profitable to me; rather the prophecy of Isaiah was fulfilled.”

William J. Federer is the author of the best-selling books St. Patrick, Prayers and Presidents – Inspiring Faith from Leaders of the Past, America’s God and Country Encyclopedia of Quotations, American Minute—Notable Events of American Significance, Three Secular Reasons Why America Should Be Under God, Treasury of Presidential Quotations, and What Every American Needs to Know About the Quran: A History of Islam & the United States.

American Minute is a registered trademark. Permission is granted to forward, reprint or duplicate with acknowledgement to www.AmericanMinute.com. 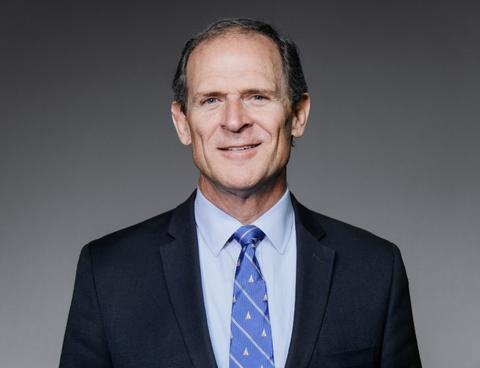 William J. Federer is accomplished historian, speaker and the author of the best-selling books Prayers and Presidents – Inspiring Faith from Leaders of the Past, America's God and Country Encyclopedia of Quotations, American Minute—Notable Events of American Significance, Three Secular Reasons Why America Should Be Under God, Treasury of Presidential Quotations, and What Every American Needs to Know About the Quran: A History of Islam & the United States.
View all posts by Bill Federer →
VOTE TODAY: Judge Moore & Kayla Ride to the Polls
Columbus the Man