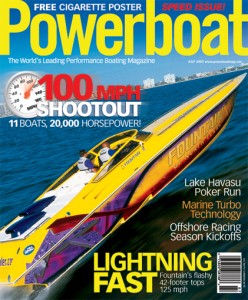 Some background. Starting in 1968, Nordskog Publishing first engaged in the boating-publishing industry. Robert A. Nordskog and his son Gerald Christian Nordskog originally built up Powerboat Magazine from two small black-and-white, West Coast boat-racing journals. Powerboat quickly grew to become the premier publisher of “the world’s leading performance-boating magazine.” The Nordskogs sold the magazine in mid-2005 at the peak of its success in the boating industry.

Powerboat Magazine developed out of a great pedigree of successful businesses that came before it. The Nordskog family, Bob Nordskog and his wife Elinor (both deceased), started in business in 1951. Their son, Jerry, joined full time in 1958, and Jerry’s wife, Gail, in 1990. Nordskog Industries, Inc., continued as pioneering world leaders in the design and manufacture of airline galleys and related in-flight food-service equipment for forty-two years. Air Transport magazine recognized them as “the big name in airline galleys,” and Bob Nordskog held many patents and design innovations in that industry.

Bob Nordskog founded Nordskog Competition Center and Nordskog Racing in the mid-1960s. Bob became a record-setting powerboat-race promoter and powerboat racer. He won more offshore boat-racing titles than anyone else in history. His peers inducted him into the Motorsports Hall of Fame (Novi, MI) on June 4, 1997.

Building on the family legacy, from 1987 through 2000, Jerry Nordskog also published the Bell Ringer, a national quarterly journal discussing geopolitical issues of the day and emphasizing the founding of America on Biblical principles and Christian values and precepts. Nordskog Publishing renews the Bell Ringer legacy with occasional new issues, monthly or more, on political, social, educational, and theological themes from a Biblical perspective.

Now, Jerry and Gail Nordskog are concentrating on moral and ethical books to advance the Gospel of Jesus Christ and His kingdom principles throughout the United States of America, the first Christian constitutional republic in the history of the world. Nordskog seeks to publish in Australia and China and eventually worldwide. 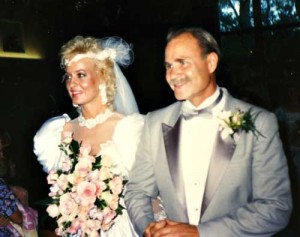