Historical and Theological Foundations of Law

Get Historical and Theological Foundations of Law for as little as $99 a set. Receive a 25% discount with the purchase of 2 to 4 sets, and a 33% discount for 5 or more sets.

The Law! What is it? Who gives it authority? May a crown and scepter, or elite council rightfully create it? Can a judge establish it? Or does One True Authority alone ordain it?

Everyone lives under law as a protective blessing or a curse of tyranny. When law protects life, liberty, and property under God, people thrive. Yet worldwide, a self-serving, elite ruling class corruptly abuses law, using it as a weapon against the people it ought to serve.

John Eidsmoe offers a solution in this epic three-volume set.

The 2016 Nordskog Publishing Edition greatly expands the index to support research and scholarship!

The basic issue facing law and government, not only now in the United States but throughout all the world and throughout all time, is this: is law simply the will of the State, or does true law reflect the higher truth of the Laws of Nature and of Nature’s God?

If law is simply the will of the State, then the State is all powerful, in which case there is no such thing as an unjust law, and there is no basis for resisting tyranny. But if true law must reflect a higher reality, then there is a basis for evaluating and questioning the legitimacy of what the State calls law.

Through meticulous research, this fully indexed three-volume treatise explores the history, laws, and underlying beliefs of societies ancient and modern all across the earth: Egypt, Mesopotamia, Persia, India, China, Hawaii, the Inca, the Maya, the Aztec, the Cheyenne, the Iroquois, the laws of the ancient Hebrews, the Greek and Roman systems with their strengths and weaknesses, Sharia law, the rise of the common law through its Celtic, Anglo-Saxon, Viking, and Norman roots, the effects of the Lutheran and Calvinist Reformations, great legal thinkers from Selden to Blackstone, and the transplanting of the common law to the American colonies.

The book demonstrates that virtually every society in history has recognized that its laws come from a higher Source than man—God, the gods, the dao, or another term—but the idea that law is human made is a modern aberration and dangerous to the basic conservative principles of liberty and limited government.

With unparalleled scope and detail, John Eidsmoe studies the origins of law in the most ancient societies around the world, explores their commonality and differences, and traces their development through history. In conclusion, he contrasts current alarming trends and encouraging signs for the future!

In clear and understandable language, this work will equip the reader with a powerful arsenal toward reform and restoration of law to its lofty and rightful place in history.

The six-book set in three volumes: 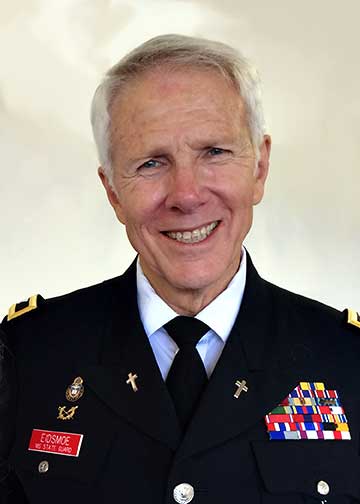 John Eidsmoe brings to this study the combined disciplines of the soldier, jurist, theologian, and historian. A retired Lt. Colonel in the Air Force and a Colonel in the Alabama State Defense Force, Eidsmoe serves as Professor of Constitutional Law and related subjects for the Oak Brook College of Law & Government Policy and is also an Adjunct Professor for Handong International Law School in South Korea and for the Institute of Lutheran Theology. In his various teaching assignments his students have given him the Outstanding Professor Award or Prof of the Year Award five times. He holds seven academic degrees in law, theology, history, and political science. He has served as a Senior Staff Attorney for the Alabama Supreme Court and currently serves as Senior Counsel and Resident Scholar for the Foundation for Moral Law. He has written 14 books, including Christianity & the Constitution, Columbus & Cortez, and God & Caesar, and he has produced numerous lecture albums including the basic and advanced Institute on the Constitution and is in much demand nationally and internationally as a speaker for churches and civic organizations. A Knight Commander and Chaplain with the Sovereign Military Order of the Temple of Jerusalem and a third-degree black belt with the American Taekwondo Foundation, Eidsmoe is an avid horseman and skier. Colonel Eidsmoe and his wife Marlene have been married since 1970, have three children and three grandchildren, and live in rural Pike Road, Alabama.

6 reviews for Historical and Theological Foundations of Law