The Four In One Gospel of Jesus

Chronologically Integrated According to Matthew, Mark, Luke, and John
Rated 5.00 out of 5 based on 1 customer rating
(1 customer review)

Have you ever wondered about the order of events in the life of Jesus Christ on the earth? Have you wished to survey the entire story of Christ’s Good News in one read? The Four in One Gospel of Jesus is your book.

This bold, decade-long effort by Nikola Dimitrov places all the events recorded in the four New Testament Gospels into a single chronological narrative according to the best historic scholarship.

God divinely inspired the four Gospel writers—Matthew, Mark, Luke, and John—each with a unique style and content, and a unique purpose. This book, with its simplified, bird’s-eye view of the four Gospels, will serve as a kick-start toward deeper study of the original Gospel texts.

Written in the exact words of the venerable King James, varying only to remove archaic spellings, Nordskog Publishing presents a thoroughly readable and accessible harmony perfect for seekers and accomplished scholars alike.

That Word begotten of God before all worlds, and which was ever with the Father, is made man.

In the beginning was that Word, and that Word was with God, and that Word was God. This same was in the beginning with God. All things were made by it, and without it was made nothing that was made. In it was life, and that life was the light of men…. This was that true light, which lighteth every man that cometh into the world. He was in the world, and the world was made by Him: and the world knew Him not…. But as many as received Him, to them He gave prerogative to be the sons of God, even to them that believe in His Name, which are born not of blood, nor of the will of the flesh, nor of the will of man, but of God. And that Word was made flesh, and dwelt among us, (and we saw the glory thereof, as the glory of the only begotten Son of the Father) full of grace and truth…. For the Law was given by Moses, but grace and truth came by Jesus Christ. (The Holy Gospel of Jesus Christ, according to John, Prefix and 1:1–4, 9–10, 12–14, 17)1 Dear reader and embracer of the inerrant Holy Bible Scriptures: Why read this book? Because the Word of God is valuable beyond measure. The four Gospels depict the birth, life, teachings, miracles, and works of Jesus Christ, as well as His death, burial, resurrection, forty days of revealing Himself in His glorified body to His disciples, and His ascension to heaven to sit at the right hand of Father God, where King Jesus presently rules and reigns from the heavenly Throne Room.

Jesus is worthy to be studied, praised, and worshipped, and fully and completely loved (if we do, He calls us His friends). He has overcome death and has set the captives free. He co-created the heavens and the earth. Christians—those who obey Him faithfully and seek His forgiveness when we fail due to our sin-infected nature—are so utterly grateful that we cherish and embrace the precious history told in these Gospels.

Pastor and friend Nikola Dimitrov has been led of the Spirit to assemble this chronological version of The Four in One Gospel of Jesus, dedicating a full decade of scholarship and effort to this work. It is a reader-friendly His-Story (history) of the incarnation of Jesus in the order the events occurred, blending the four Biblical Gospel books that tell of the New Testament era, written by apostles Matthew, Mark, Luke, and John. It is unique in its rigorous harmonizing and combining of texts, without any omissions from the original King James.

This is a serious and thorough undertaking, the methodology of which is explained in Appendix II (General Explanations), where the author names nine resources he consulted in his research. In 1979, Thomas Nelson republished a popular nineteenth-century edition of Matthew Henry’s Commentary on the Holy Bible, which included additional commentary by others, including a tabular harmony of the Gospels. The author carefully compared The Four in One Gospel of Jesus to the Matthew Henry harmony and found it to be a 99 percent match to that esteemed resource. This affirms our confidence in the accuracy of this work, and is due to the thoroughness of Pastor Dimitrov’s methods. The book is meticulously crafted, with detailed Scripture references that reveal the compiler’s process of interweaving the texts and make it easy to refer back to the original Scriptures. With the modernizing of pronouns, verb forms, and a small handful of other archaic words, the text becomes more readable and accessible for readers not familiar with Early Modern English, the language of the King James Version, be they non-Christians or new Christians. This makes this Four in One Gospel a unique contribution in the market of Biblical resources and a great evangelistic tool for those young in their faith. The singular chronological narrative also helps the mature Christian make connections and glean new meaning from seeing the order in which events occurred.

According to Dr. D. James Kennedy and Dr. Jerry Newcombe, there are thirty-three miracles recorded in the four Gospels. Jesus lived about thirty-three years on earth (all the miracles were performed in a three-year period). According to Fred Melden: “He (the Miracle Man, Jesus) came to us by a miracle and left us by a miracle.” Miracle comes from the word “mirari” meaning “to cause wonder.” Of course Jesus’s greatest miracle is the transformation He can bring to a human soul.2

Come, reader friend, and allow the Gospel of Jesus Christ, perfectly blended together into one chronological narrative of His time and purposed work here on earth, to work that transformation in you. Encounter the Miracle Man, the Lord of all of us who can help you find your way in the journey, so that you may experience the Triune God’s everlasting love here and now on earth, as it is in heaven. Joy to the World, the Lord Is Come!

And from Jesus Christ which is that faithful witness, and that first begotten of the dead, and that Prince of the Kings of the earth, unto Him that loved us, and washed us from our sins in his blood, And made us Kings and Priests unto God even His Father, to Him, I say, be glory, and dominion for evermore. Amen…. I am Alpha and Omega, the beginning and the ending, saith the Lord, Which is, and Which was, and Which is to come, even the Almighty. (The Revelation of Saint John the Apostle 1:5–6, 8)3

Here is the concluding statement by Matthew Henry concerning the book of Revelation (Revelation 22:21):

The apostolical benediction, which closes the whole: The grace of our Lord Jesus Christ be with you all, Amen. Here observe,

Indeed, the grace of our Lord Jesus Christ be with you all. Amen!

Praise for The Four in One Gospel of Jesus

Every so often, it does Christians good to stand back from the four Gospels and get a sense of how the whole story might work as a continuous narrative. Nikola Dimitrov has done a remarkable service in producing this compilation of all four Gospels so that the reader can feel the full impact of the unique and explosive story they tell.

The Four in One Gospel of Jesus is a unique chronological presentation of the Gospels useful to scholars as well as Christians seeking greater understanding. Author and scholar Nikola Dimitrov has combined Matthew, Mark, Luke, and John into subject chapters following a timeline that presents comparisons and insights not previously available. Dimitrov’s work is excellent and well worth the investment.

Sometimes the serious reader of Matthew, Mark, Luke, and John can get confused by tiny apparent discrepancies in the order of events as presented in the four Gospels. Yet these minor discrepancies actually bolster the case for the reliability of the Gospel-writers. They were not colluding with each other. Instead, they provide four separate and distinct pictures of Jesus, the Christ. It’s helpful to see this new work by Bulgarian pastor and scholar Nikola Dimitrov, who has attempted to provide a chronological picture of the life of Christ in this new book, The Four in One Gospel of Jesus. I welcome this book and efforts like it to shed light on the history-changing events of God in human flesh coming into our world.

There have been other attempts to harmonize the four Gospels through parallel and chronological accounts, but The Four in One Gospel of Jesus is a true synthesis that clearly integrates all the Gospel material in an accessible and easy-to-read format. This is a welcome resource for all who wish to encounter the person and work of Jesus in a freshly engaging way. I will add this volume to my own devotional readings. 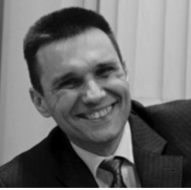 In 1992 Nikola Dimitrov experienced a miraculous conversion, receiving Jesus as his Lord and Savior. Since 1995 he has been a full time minister of the Gospel, serving as pastor, Bible teacher, preacher, and Christian educator. He started his first church in 1994, which is still standing today, and in 1998 he began his traveling ministry.

Nikola is currently pastoring several church groups in Bourgas, Bulgaria, and is frequently sought out as a speaker around the country. He also serves as a Bible teacher at the Apostolic Kingdom Institute in Stara Zagora, Bulgaria.

As editor-in-chief of Vetil Media Ministry, Nikola has translated and published more than thirty books into Bulgarian, as well as writing some himself. He is passionate for a glorious Church, without spot, wrinkle, or any such thing. Nikola’s dynamic preaching pointedly encourages believers to be everything the Lord created them to be. He then encourages his congregations to take responsibility in word and deed toward that end.

As a translator, Nikola has also produced and distributed around the nation nearly 1,000 Bulgarian versions of audio and video teachings by famous foreign preachers and teachers. 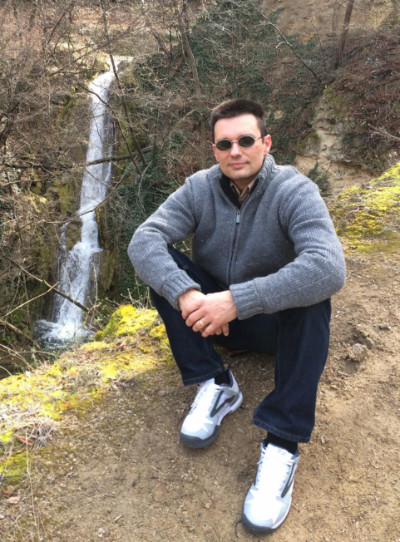 As part of a charity in Bulgaria, along with other volunteers, Nikola takes care of needy people from the minorities, distributing clothes, food, medicine, and school materials to children.

Nikola is married to Helen, and they have two lovely young-adult daughters, Annie (which means grace) and Mikaela (which means who is like God?). Both are part of Nikola and Helen’s ministry, serving in the area of music.

Life in Glory Apostolic Christian Center is the mother church where Nikola and family recharge spiritually and for whose vision they work tirelessly. It is a vibrant, multi-ethnic community of believers in the heart of Bulgaria: www.lifeinglory.org.

1 review for The Four In One Gospel of Jesus